Politics is broken. We know that the people who broke it aren’t going to fix it. It's up to us to build a force for change. 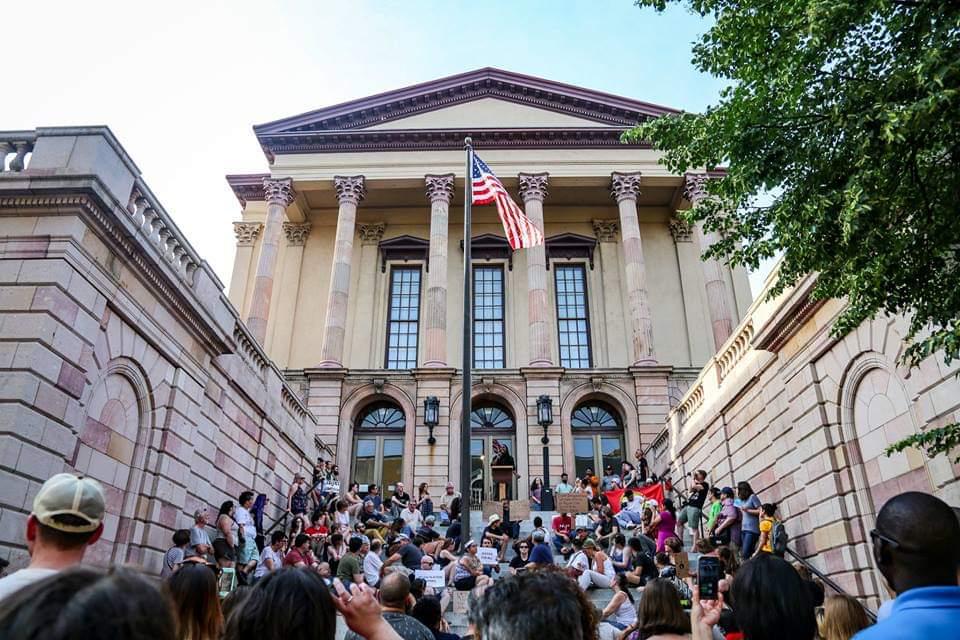 A new report from PA Stands Up shows that Pennsylvania voter encountered significant problems in the June 2 primary. More than 13% of survey respondents who requested a paper ballot never received it, less than half of voters surveyed thought their polling was safe, and 5% of respondents were unable to vote as a result of these challenges.

Pennsylvania - Since President Donald Trump won the state of Pennsylvania in 2016 by a razor-thin margin of 44,292 votes, a foremost question among those seeking to unseat him in 2020 has been how to win hearts and minds, particularly around hot-button issues like immigration and race. Since 2019, PA Stands Up has been pioneering the use of "deep canvassing," a strategy that involves empathetic listening and sharing experiences to create human connection and motivate political action. A new study of our efforts in partnership with People's Action and political scientists at Yale and Berkeley University shows that this approach is far more effective than traditional canvassing efforts.

Members of Pennsylvania Stands Up, Women’s Medical Fund, Philadelphia Women’s Centers, and ACLU-PA celebrate the Supreme Court's decision to strike down a Louisiana law meant to shut down abortion clinics, while calling on lawmakers' to ensure every person gets the care they need.

In the wake of that election, thousands of Pennsylvanians came together — not just in Philadelphia and Pittsburgh, but in towns and small cities across the state. Almost overnight, resistance groups emerged in every one of Pennsylvania’s 67 counties.

Over the past three years, we have made tremendous gains across our state, developing nascent resistance groups into lasting grassroots infrastructure in areas where there had been little to none. These efforts are already changing what’s possible in our state.