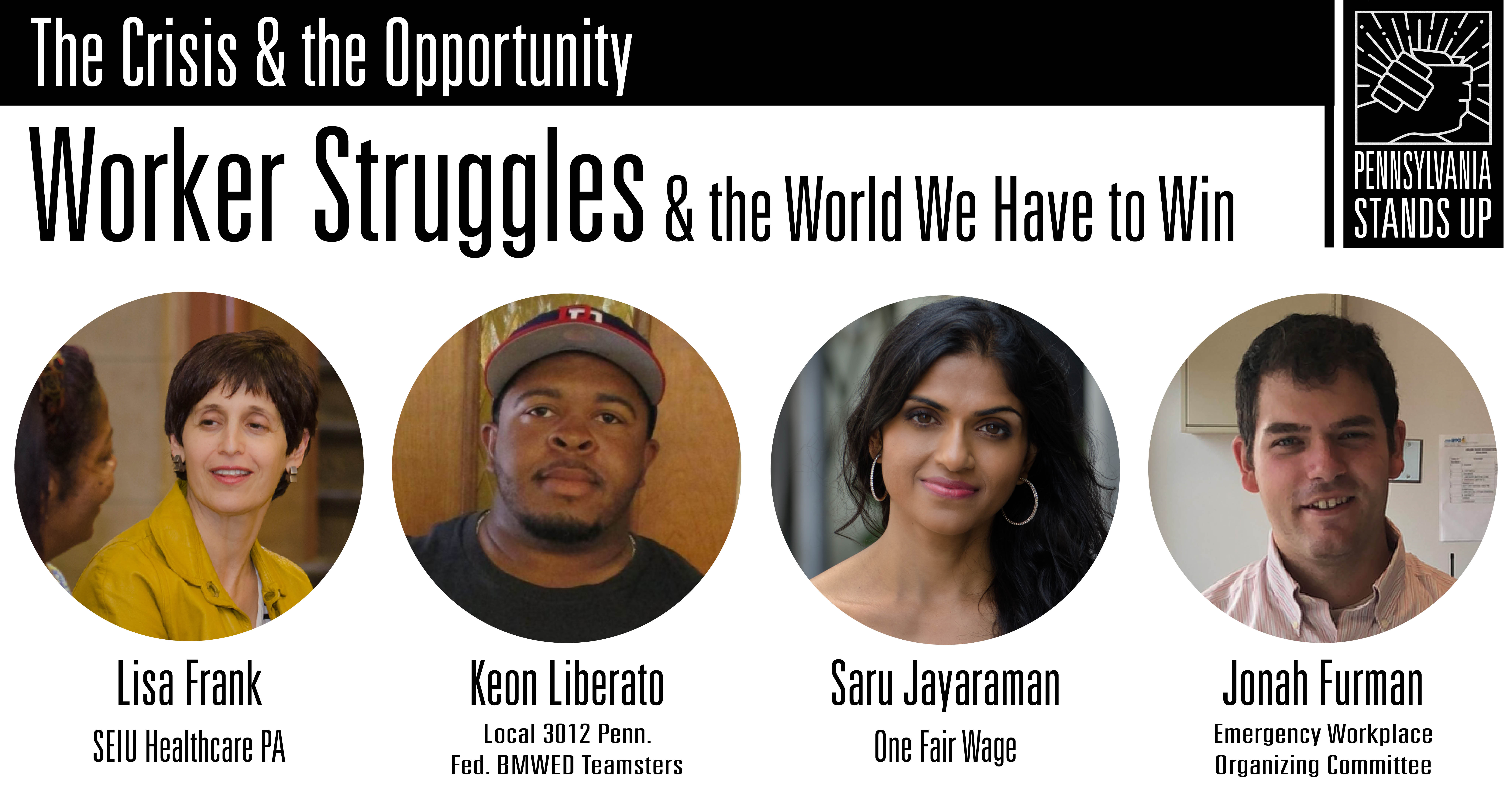 Millions of workers are presently risking their lives to show up to work. Essential workers find themselves living in a contradiction: on the one hand, they’re celebrated as heroes; on the other hand, most have been living paycheck-to-paycheck on low wages, often lacking benefits and rights, including paid sick leave. And too often management is taking far too little action and moving too slow to adequately protect workers.

Simultaneously, millions of workers have lost their jobs over the past several weeks, with unemployment figures now higher than any time since the Great Depression. Millions of Americans are losing their savings (if they had any) and don't know where to turn. Millions are losing their employer-based healthcare coverage. And the government response to aid working people has been chaotic and woefully inadequate.

From a grassroots organizing perspective, the present danger of the pandemic constrains our tactical options. But are there features of this crisis that could facilitate a labor movement renaissance in the months and years ahead?

Join us as we dig into big questions about the crisis and the opportunity for workers' struggles and organized labor.

Saru Jayaraman is the President of One Fair Wage, Co-Founder of the Restaurant Opportunities Centers United (ROC United), Director of the Food Labor Research Center at University of California, Berkeley, and author of Behind the Kitchen Door and Forked: A New Standard for American Dining.

Jonah Furman was the National Labor Organizer for Bernie Sanders 2020 and is co-founder of the Emergency Workplace Organizing Committee, a project of the Democratic Socialists of America & the United Electrical Workers union.

Keon Liberato is the Local President and Legislative Representative of Local 3012 Penn. Federation BMWED Teamsters and a rail maintenance and construction worker. He also organizes with Democratic Socialists of America.

Lisa Frank is Executive Vice President of SEIU Healthcare PA, where she works with frontline caregivers to make sure they have power and dignity where they work and where they live. She serves as Board President of Pennsylvania Stands Up.

This is the second forum in a series organized by Pennsylvania Stands Up focused on understanding the current crisis and also the organizing opportunity at hand. Forums are held every other Thursday at 7pm. All are welcome.