Learn more about where to vote or return your mail-in ballot here. You can also find information about where and how to vote early as well.

My name is Katia Pérez and I'm a Mass Liberation organizer with Reclaim Philadelphia, a chapter of PA Stands Up. Together with others at Reclaim, we've been working to make Philadelphia a city where all people can live free and thrive. That means re-imagining public safety to prioritize community healing instead of violence and punishment.

This summer, we had a significant victory. Community members should have a say in decisions that impact our lives. And thanks to our organizing, for the first time in history Philadelphians  testified during closed arbitration hearings for contract negotiations between our city government and the Fraternal Order of Police, as they made decisions about how public money would be spent and how police officers would be held accountable when they harm community members.

But just last week, Judge Angelo J. Foglietta on our Court of Common Pleas struck down the mandate for public input that we organized to win, claiming that it violated state law. This is just one example of the tremendous power judges quietly yield over our everyday lives.

Judges decide whether to revoke a driver’s license, affirm an eviction, grant custody of a child, and to end a person’s freedom — or even their life. My family experienced this first hand, sitting in a courtroom as a judge imposed a harsh sentence on my brother, Cristian, taking him away from our family and putting him behind bars.

Judges also play a tremendous role in interpreting — and in many cases setting — public policy. That's true of the judge in Philadelphia — but we've also seen it play out in recent weeks as the Supreme Court refused to block a law in Texas that effectively bans abortion and has undone policies in recent years related to immigrant justice, healthcare and campaign finance.

At Reclaim, we're working to transform the judicial system directly. In May, we helped 8 progressive judges win the Democratic Party's nomination, including to our Court of Common Pleas. On Tuesday, voters in Philadelphia will have a chance to put them on the bench — and make sure that when we win movement gains like giving communities input on police contracts, they won't be undone in the courtroom.

In this election, voters across the state have an opportunity to elect judges who enact policies to make sure Pennsylvania works for all of us.

I also plan to vote "no" on the retention of judges:

Our chapters have also endorsed local candidates for school boards, mayors, and municipal and county offices around the commonwealth. See endorsements from: Berks Stands Up, Capitol Region Stands Up, Lancaster Stands Up, Lehigh Valley Stands Up, NEPA for Change, and Reclaim Philadelphia.

With so much on the line for our communities, it's up to us to elect leaders who care about us and will fight for our vision of a Pennsylvania that works for all of us.

Be a voter by Tuesday, November 2nd at 8pm. Learn more about where to vote or return your mail-in ballot here. 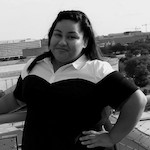