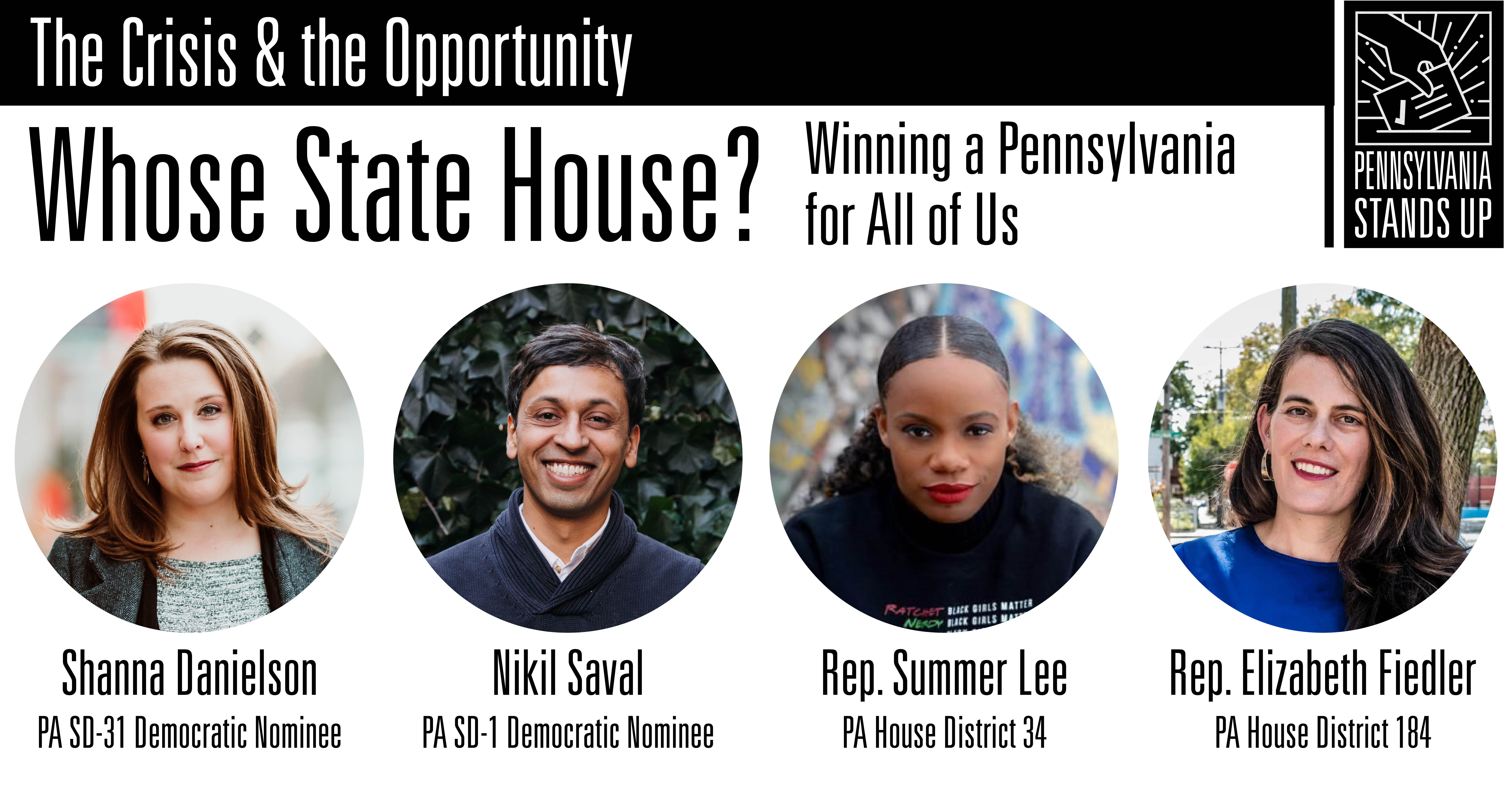 A big slate of progressive candidates won their races in this month's PA primary. We won. It’s a big deal.

By picking an open fight with big money and corporate interests, and by really fighting for working families, candidates like Nikil Saval, Amanda Cappeletti, and Rick Krajewski challenged and defeated Establishment incumbents. Shanna Danielson and Nicole Miller won their contested primaries running on progressive platforms against status quo candidates. And progressive champions like Summer Lee and Danielle Otten won against their primary challengers. And these are only a portion of the progressive primary wins across PA.

When we say we want to take the PA State House “for the people,” we’re not only talking about flipping to Democratic control. We’re also talking about changing the PA Democratic delegation’s center of gravity, by electing a new wave of leaders who owe their allegiance to the everyday working people who got them elected — not to powerful corporations, lobbyists, and big donors.

What do these victories mean for our path forward? How has the current moment (e.g., COVID-19, Black Lives Matter, etc.) informed our electoral strategies and tactics? What challenges lie ahead? We’ll dig into these and other questions together.

Nikil Saval is a father, writer and community organizer, and the Democratic nominee for PA State Senate, District 1. In 2018, he organized campaigns to fight for change in the Democratic Party and became Philadelphia’s first Asian American ward leader. Nikil is a co-founder of Reclaim Philadelphia, a chapter organization of PA Stands Up.

Summer Lee became the first Black woman from Southwestern Pennsylvania to hold the office of State Representative; in 2018 she won with more than 60% of the vote in a race against a 20-year incumbent. In June she defended her seat against a centrist challenge. Summer is a lifelong resident of PA’s 34th District, where she has been a dedicated organizer, activist, and advocate for social justice

Elizabeth Fiedler serves as the Representative of Pennsylvania's 184th House District, where she’s been fighting for a better, fairer Pennsylvania for everyone. She grew up in rural Pennsylvania. Prior to serving as an elected representative, she spent a decade as a reporter at the Philadelphia public radio station WHYY, covering politics and community.

The forum will be moderated by Jane Palmer, a leader with Berks Stands Up.

This forum is part of a series organized by Pennsylvania Stands Up focused on understanding the current crisis and also the organizing opportunity at hand. Forums are held every other Thursday at 7pm. All are welcome.

Register to attend the virtual forum.