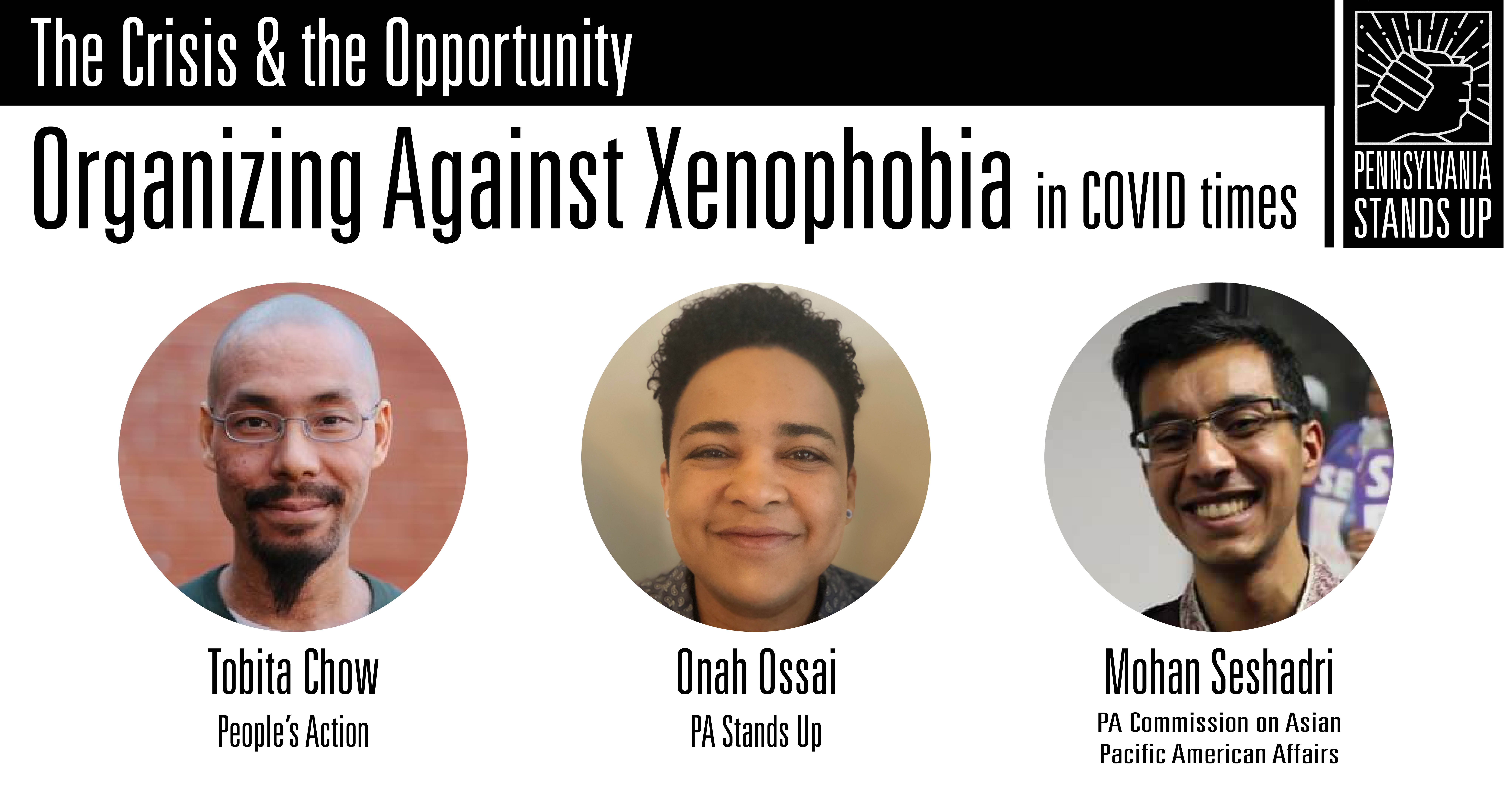 Racism and xenophobia have long been used by the powerful to oppress and exploit people based on racial categories—and to keep working people divided. But over the past few years xenophobia—and xenophobic hate crimes—has dramatically spiked, as far-right politicians have ratcheted up reckless rhetoric, emboldening extremist white nationalist and authoritarian movements.

As the COVID-19 pandemic unfolds, we’ve seen an alarming surge in racist and xenophobic violence and discrimination against Asians and people of Asian descent. This behavior has been given a green light from the highest office, as the Trump Administration attempts to scapegoat China for the crisis, in part to deflect its own failures. Meanwhile the Biden campaign has run ads that reinforce the same dangerous China-bashing frame.

What can we do? Join us as we dig into big questions about the crisis of racism and xenophobia in COVID times, and about the opportunity to organize movements of solidarity across race, nation, and country of origin.

Tobita Chow is the Director of Justice Is Global, a special project of People’s Action to create a more just and sustainable global economy and defeat right-wing nationalism. He is organizing a progressive internationalist alternative to the growing tensions between the United States and China.

Onah Ossai is the Harrisburg Organizer for PA Stands Up. She was a member of PA Stands Up’s first deep canvass team that utilized deep listening techniques to change minds around immigration in Central Pennsylvania.

Mohan Seshadri is the Executive Director of the Pennsylvania Commission on Asian Pacific American Affairs, which works within state government and statewide to ensure that the Commonwealth's diverse Asians and Pacific Islander communities have everything they need to be safe, healthy, and strong.

This forum is part of a series organized by Pennsylvania Stands Up—The Crisis & the Opportunity—focused on understanding the current crisis and also the organizing opportunity at hand. Forums are held every other Thursday at 7pm. All are welcome.