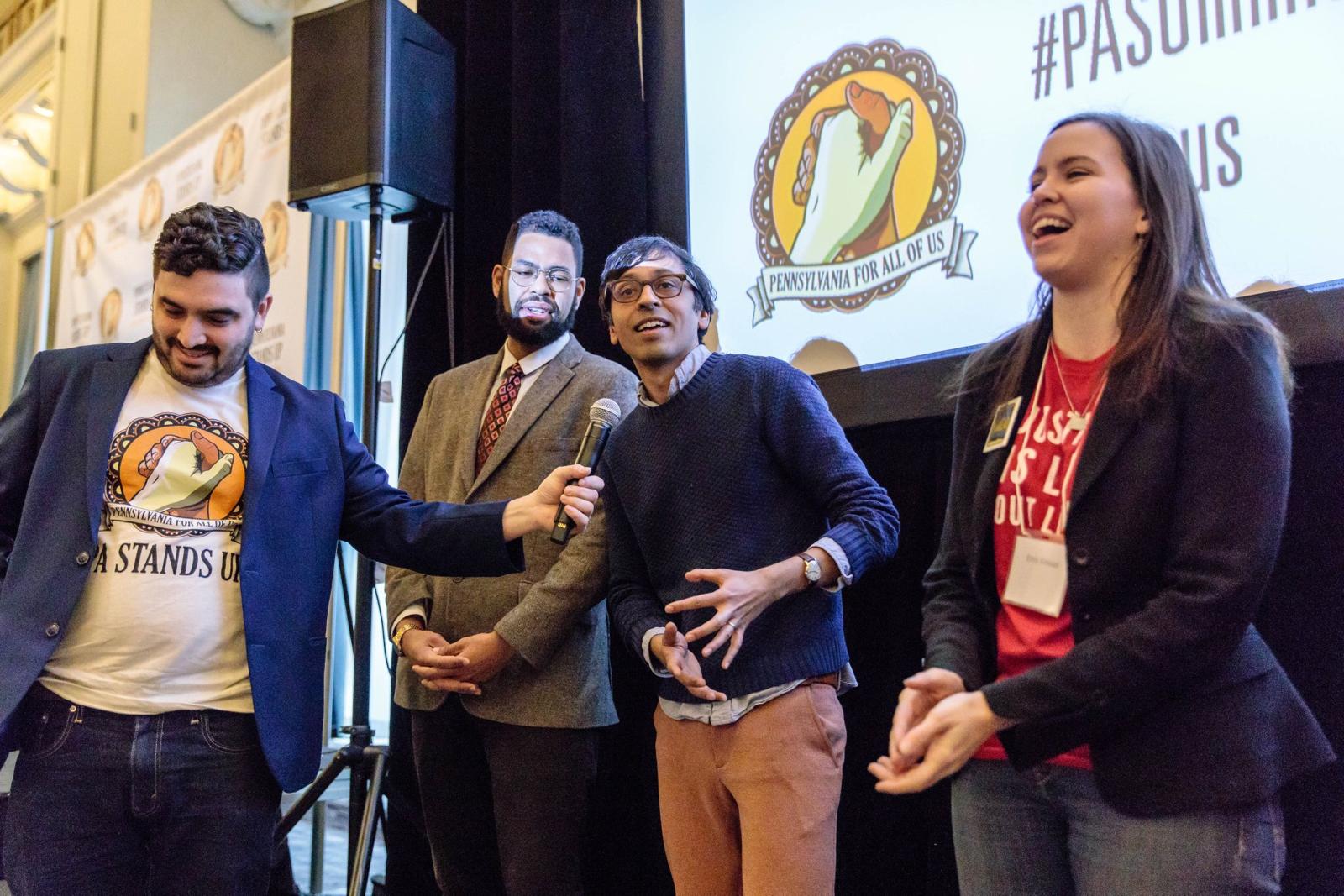 Philadelphia --Spurred on by a wave of protest against police killings of black people and the manifest failure of elected leaders to respond to the Covid pandemic, Pennsylvania Stands Up powered working class champions to victory across Pennsylvania last night after more than half a million voter contact attempts.

Nikil Saval, a founder of our local chapter Reclaim Philadelphia, walloped incumbent Larry Farnese in a closely watched race in SD1. A sign of growing progressive strength in Philly, Saval ran on a platform of reducing funding for police and prisons, ensuring everyone has access to the healthcare they need, and passing a Green New Deal for Pennsylvania.

“People have had enough of a broken system—they want change,” Saval said. “The only way to win that change is for everyday working people to get organized. People-powered organizations like Reclaim Philadelphia and PA Stands Up are making it happen.”

Saval's victory shows that everyday working people, black, brown and white, are coming together in the streets and at the ballot box to bring Harrisburg and then to Washington. It's also a testament to the power Pennsylvania Stands Up and our local chapters are building in Philadelphia and across the state.

Voters have already resoundingly re-elected our candidates Rep. Summer Lee in Allegheny County and Rep. Danielle Otten in Chester County. We'll be watching other races closely today. Reclaim organizer Rick Krajewski is up by 300 votes in West Philly. And our movement is picking up steam in small towns, suburbs, and rural communities, too:

"In the last four years, we've been building a groundswell of progressive, populist energy across Pennsylvania,” said Hannah Laurison, Executive Director of Pennsylvania Stands Up. "Too many leaders are failing us, and we know how to win. Working people are tired of broken promises and they're sending a clear mandate to the Democratic Party: beat Trump and win on a bold, structural change agenda. Joe Biden and other party leaders should take note."

Last night, as organizers at Pennsylvania Stands Up celebrated making 238,000 calls and sending 295,000 text messages to voters, they were also clear on the task ahead. Another candidate propelled to office by our organization amidst protest calling on leaders to defend black life, Philadelphia District Attorney Larry Krasner, best summed up the path forward. Despite a disappointing presidential primary, Krasner said, “We cannot allow progressive to walk away from the polls, to walk away from politics in disgust...It is of paramount importance for the things that we believe in that [Joe Biden] get elected."

Yesterday, progressive voters demonstrated that they aren't going anywhere. They're fired up and ready to go heading into a national election that is poised to be a national referendum on white nationalism and decades of corporate plunder of working class communities.

Volunteers with Pennsylvania Stands Up plan to make more than a million calls to Pennsylvanians in the run-up to November and, if it's safe to do so, we'll knock 100,000 doors too. We're committed to doing what it takes to win tangible victories for working people, in Pennsylvania and across the country.

With more than 1,000 dues paying members organized into 9 chapters,Pennsylvania Stands Up is a multi-racial organization of working people across the state working to build a Pennsylvania that works for all of us.