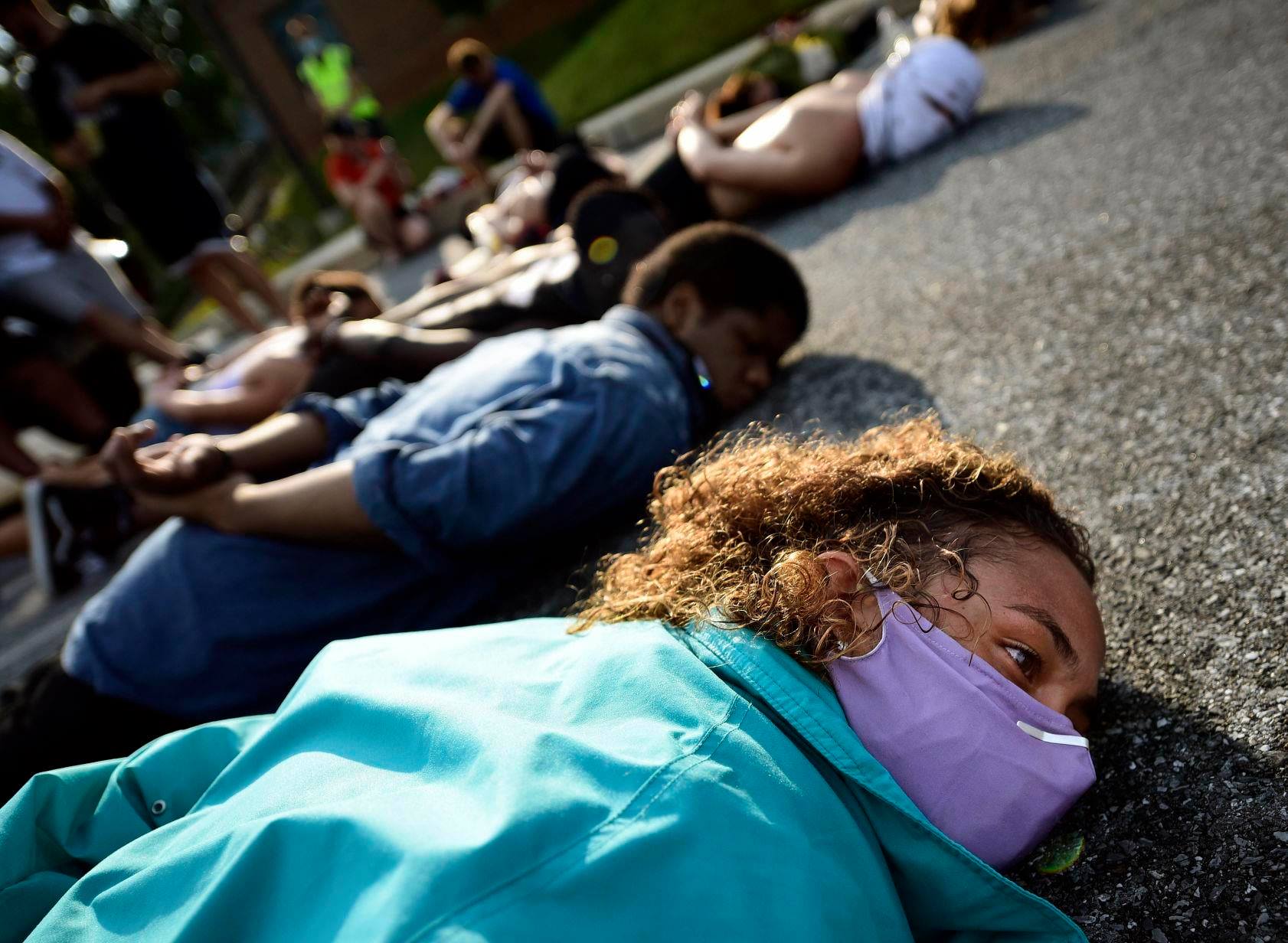 Lancaster — On Sunday, police arrested Taylor Enterline, Kathryn Patterson, and 6 other people during a demonstration against the police killing of Ricardo Munoz, a 27 year old Latino man who community members report was autistic. Lancaster County District Attorney Heather Adams has leveled heavy charges against the demonstrators and Judge Bruce Roth set bail for each of the accused at $1 million each on Monday night.

In response, Lancaster Stands Up and Pennsylvania Stands Up issued the following statement:

"Taylor Enterline has been standing up for racial justice since 2018, when the Lancaster Police Department brutally tased Sean Williams while he was sitting on the sidewalk. Since then, she has been a community leader and vocal advocate for social justice and police reform, serving as an intern with Lancaster Stands Up, and leading peaceful marches against police brutality, including in Manheim this summer, where she peacefully faced threats from armed militia members. On Sunday night, eyewitnesses reported she and her friend Kathryn Patterson were serving as medics when police charged at them with guns drawn.

Taylor, Kathryn, and the other protest participants who were arrested in Lancaster were demanding reform of a policing system that led to the killing of a young man in crisis after his family called for help. Everyday people of all races have seen enough of this kind of police violence and millions across the country have demanded change since the killing of George Floyd.

Over the summer, we've seen a pattern of highly unusual arrests and prosecutorial strategies in Lancaster County that appear to indicate local police, prosecutors, and judges are closing ranks and targeting young advocates for social justice who have been calling for police and criminal justice reform. The absurdly high bail amounts indicate that what we're seeing is not a measured pursuit of justice, but a politically motivated attack on the movement for police reform and accountability.

We're calling on our elected leaders — including the Mayor Sorace, Attorney General Shapiro, and Governor Wolf and Lt. Gov. Fetterman — to step in and defend Taylor, Kathryn and other peaceful protestors against the trumped up charges and politically motivated actions we're seeing from the local law enforcement, prosecutors and judges."